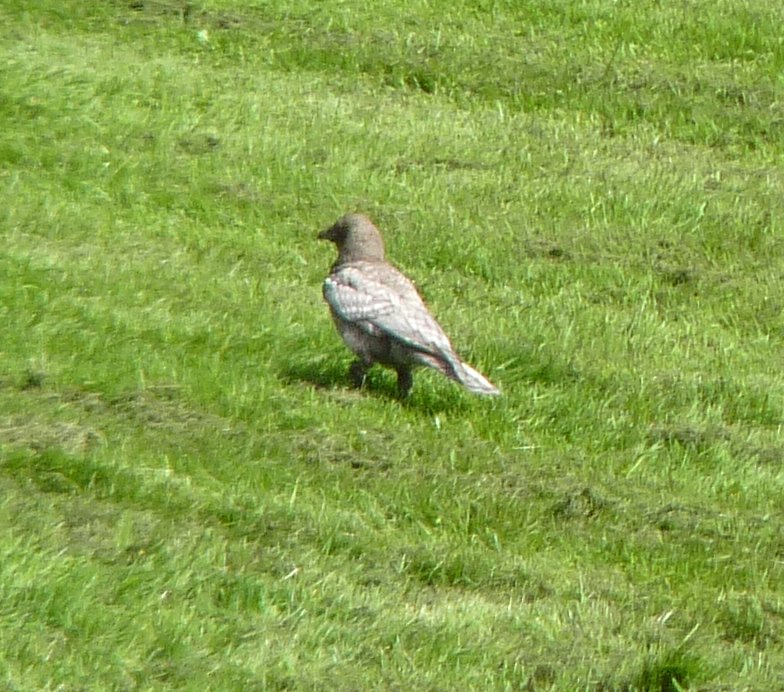 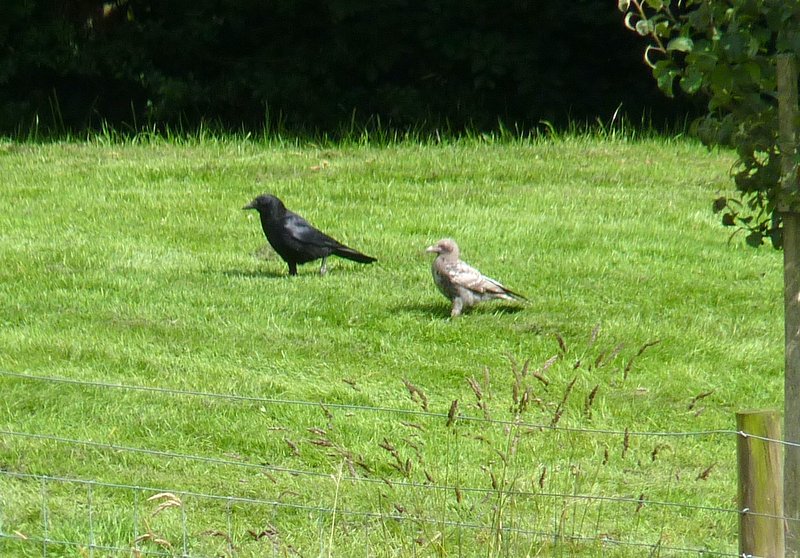 We have had information from Angie and her daughter, Laura, that a white or grey crow has been seen around Lerryn.  It appears to be a fledgling and is in a group of 4 normal birds, one of which is the adult.

Leucism is an abnormal condition affecting the plumage.  The normal pigment is not deposited properly in the birds feathers resulting in a variety of effects.  There may be white patches where the bird should have none, the plumage may look bleached or the plumage can be completely white.

The degree of leucism will vary depending on the bird’s genetic makeup. Birds that show only white patches or sections of leucistic feathers – often in symmetrical patterns – are often called pied or piebald birds, while birds with fully white plumage are referred to as leucistic birds.

Albino birds can be identified by the fact that they have pink eyes and pink legs. 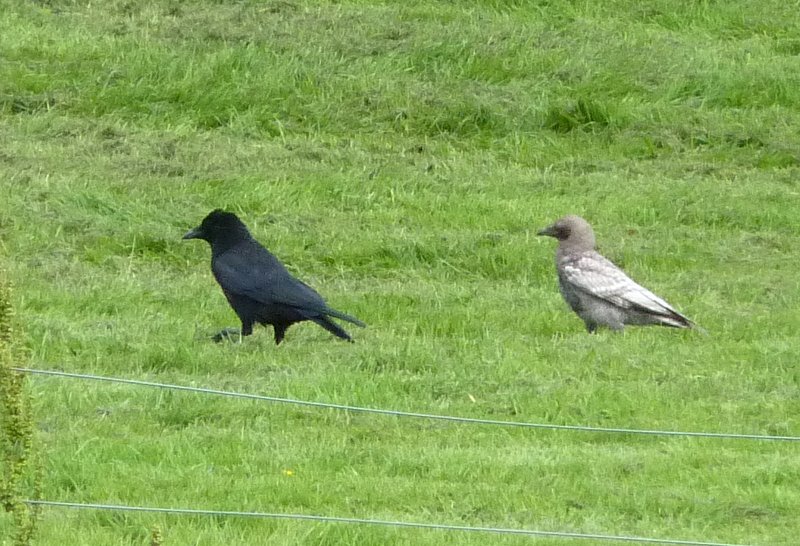 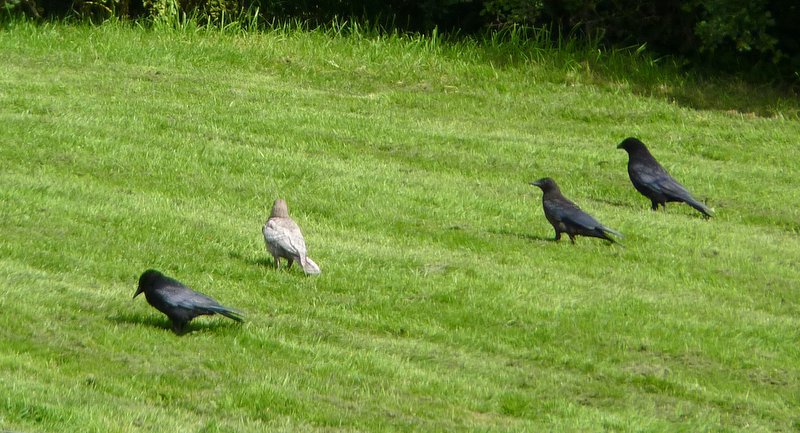